Mosquitoes Remain a Major Pest Through the Fall Months 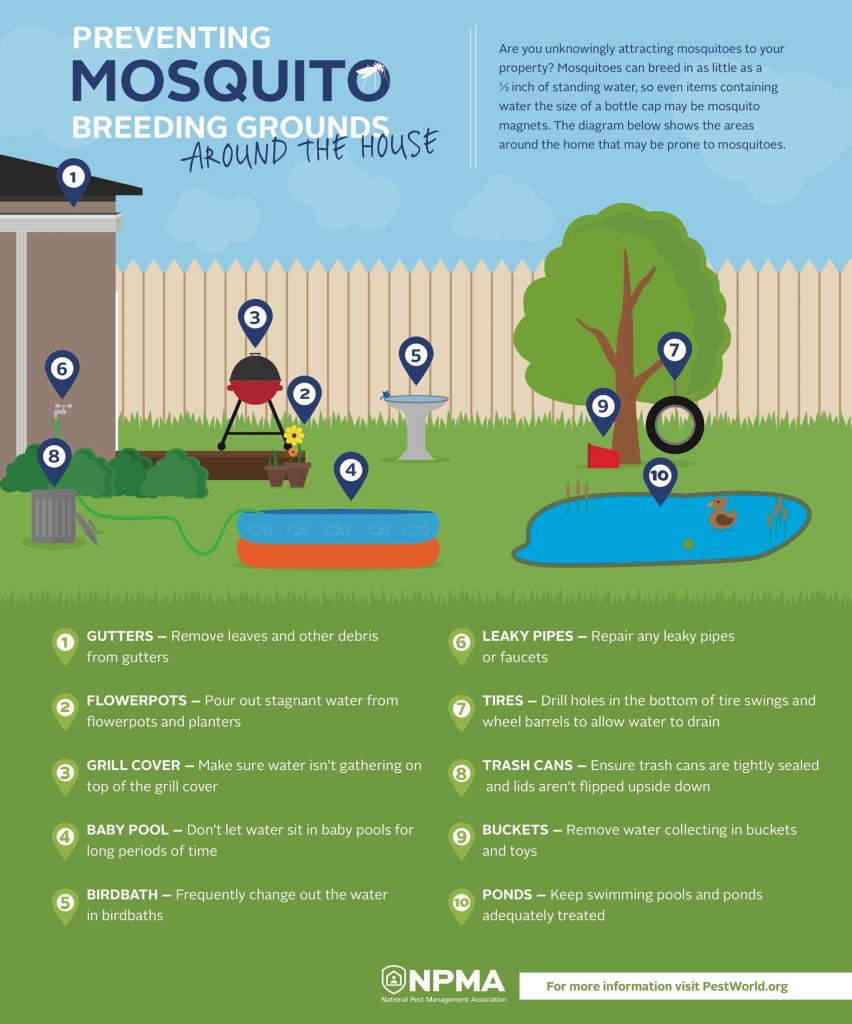 The National Pest Management Association (NPMA) reminds homeowners of the ongoing caution necessary when dealing with increased mosquito populations across the United States. Although the itchy welts of mosquitoes are associated with summer, these pests flourish well into the fall months and can transmit a multitude of diseases, notably West Nile virus (WNV).

According to the Centers for Disease Control (CDC), more that 29,000 people in the U.S. have been infected with WNV since 1999, with 11,760 of those cases resulting in serious illness.

“Although mosquitoes are considered a summer pest, these pests thrive in the fall,” says Missy Henriksen, vice president of public affairs for NPMA. “Many homeowners do not realize that mosquitoes will remain active until temperatures drop below 60 degrees, which in most regions of the United States does not occur until late fall. Therefore, homeowners must be on-guard for conducive mosquito conditions and proactive in eliminating such breeding grounds. This can minimize the serious health risks associated with mosquitoes, including West Nile virus.”

NPMA offers these proactive tips for homeowners to prevent mosquito infestations on their property:

Zika Virus: What You Need to Know

The Buzz on Another Mosquito-Borne Disease

You may have seen the recent news headlines about Zika virus, a rare mosquito-borne disease that has made its way to the United States. While there are no documented cases to date associated with local transmission in the continental United States, Zika virus has been reported in travelers returning from other infected countries – and cases continue to pop up on a near daily basis. Read on to learn more about Zika virus.

Q: How is Zika virus transmitted?

A: Zika virus is spread through the bite of an infected Aedes genus of mosquitoes, which is the same type of mosquito that carries dengue fever and chikungunya. Aedes aegypti mosquitoes, which live predominantly in tropical and sub-tropical regions, are the primary carriers, but Aedes albopictus mosquitoes might also transmit the virus. This species, commonly known as the Asian tiger mosquito, is found much farther north in the summer.

Q: Where is Zika virus found? 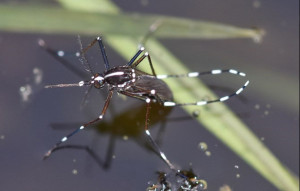 A: Zika virus was first identified in 1947 in Africa as an infection of rhesus monkeys in the Zika forest of Uganda. It was later confirmed to cause human disease in 1968. For many years infections appeared to be both rare events and limited to Africa, India, Southeast Asia and western Pacific Island. More recently, epidemics have spread across the Eastern Pacific and into south and Central America. There have also been reports of Zika virus cases in Illinois, Florida, Texas and New York, but all of the individuals obtained the disease while traveling to infected countries.

Q: What are the chances of an outbreak in the United States?

A: While the probability of infected mosquitoes traveling to the United States is unlikely, there is reason to believe that Zika virus can spread locally. If more imported cases continue to surface, especially as the summer months near, it may result in human-to-mosquito-to-human spread of the virus in areas of the country where mosquito vectors are present. The National Pest Management Association (NPMA), Centers for Disease Control and Prevention (CDC) and other organization are monitoring the situation closely.

Q: What are the symptoms of Zika virus? 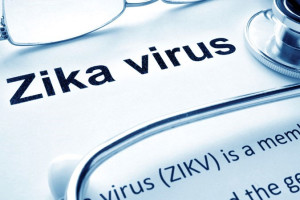 A: In general, most cases cause no symptoms. Only about 1 in 5 people infected with Zika virus become ill. Those who do develop symptoms often experience several days of mild headaches, fever, rash, conjunctivitis (red eyes) and joint pain.

Q: What is the treatment for Zika virus?

A: Zika virus is a self-limiting disease that typically only requires supportive care. Unfortunately, there is no medicine to treat Zika virus, nor any vaccine to prevent it at this time. However, the U.S. government has launched an effort to develop a vaccine given the recent surge in cases in the Americas.

The 20 percent of infected people who actually develop symptoms should get plenty of rest, stay well hydrated by drinking plenty of fluids, and take acetaminophen for pain. It’s important to avoid aspirin and non-steroidal anti-inflammatory drugs (NSAIDs) until another infection like dengue fever can be ruled out.

Q: Can infection in a pregnant woman cause birth defects?

A: Little is known about the association between pregnancy and Zika virus, but studies of possible mother-to-child transmission of Zika virus are ongoing in Brazil, where there is a major outbreak of the disease. It is thought that a mother who is already infected near the time of delivery can pass on the virus to her newborn, but this is rare.

Zika virus has also been linked to a neurological disorder called microcephaly, which is known to halt brain development in newborn babies, cause babies to be born with small heads and lead to early death. It should be noted that 2,782 cases of microcephaly were reported in Brazil in 2015, when the Zika virus outbreak began, compared to 147 cases in 2014 and 167 cases in 2013.

Q: How can I prevent Zika virus?

A: The NPMA urges people to protect their skin from mosquito bites when outdoors by applying an effective insect repellant containing at least 20% DEET, picaridin or oil of lemon-eucalyptus. People who are spending long amounts of time outdoors should also consider wearing long pants and long sleeved shirts to limit exposure to mosquitoes. The type of mosquito that carries Zika virus is a daytime biter, so taking preventive measures at all times of the day is crucial.

It’s also important to take steps around one’s property to combat mosquito nesting and breeding sites. This includes eliminating standing water in or around the home, keeping windows and doors properly screened and repairing even the smallest tear or hole.