Sting Therapy:  Meet the Bugs that Will Cure Alzheimer’s and Cancer 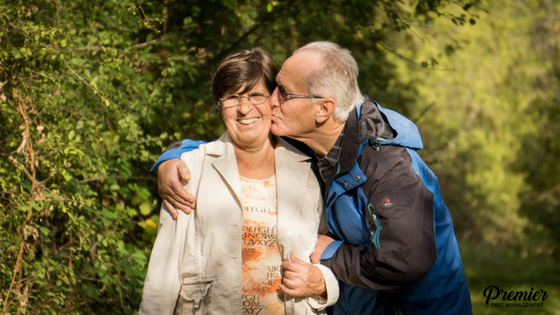 Sat on a tuffet,

Eating her curds and whey;

Along came a spider,

Who sat down beside her,

And frightened Miss Muffet away.

Throughout popular culture spiders have earned a hairy, unrealistic reputation.

Movies like Arachnophobia portray them as eight-legged biting machines.  Mother Goose warns that if you’re not careful, spiders will come for your curds and whey.

The Italians even claim that a spider bite causes uncontrollable dancing and lust in young women (Mamma mia!).

We admit it – spiders are strange looking creatures that you don’t want to see in your home or business.

Still, is their negative stigma deserved?   Scientists are busy proving that nothing, or no one, is what it seems in the animal kingdom.

We now have stronger evidence than ever that the venom of spiders, bees, scorpions, and other species contains surprising medical benefits to humans.

The Sting That Stops Pain

In a new study, researchers from the University of Queensland identified compounds in spider venom that could potentially be therapeutic for individuals suffering from chronic pain.

The venoms studied so far show the ability to block nerve activity, and thousands of venoms have yet to be tested.

Since chronic pain affects 1 in 5 people worldwide, this has stunning possibilities for helping people regain the lives and goals that persistent pain forced them to give up.

Taking A Bite Out of Alzheimer’s

The black mamba, one of the planet’s most lethal snakes, isn’t someone you’d like to meet in a dark alley.  Unless, of course, you’re an Alzheimer’s patient.

Scientists in Puerto Rico are investigating how the mamba’s venom could cure nervous system disorders like Alzheimer’s and Parkinson’s.

Mamba venom attaches to specific receptors in the brain.  Researchers hope that by discovering exactly how this happens, they can develop targeted therapies for brain diseases.

It’s estimated that by 2050, between 11 and 16 million people in North America will have Alzheimer’s, so it’s never been more crucial to explore alternative means of attacking this disease.

A World of Benefit Yet To Be Discovered

The concept of insects and animals curing disease is gaining more attention from universities and scientists worldwide, thanks to discoveries which are inspiring confidence in the hearts of those who fund this type of research.

New developments are happening all the time, whether it’s the discovery of tarantula venom as a treatment for muscular dystrophy, or bee venom halting cancer cell growth.

What’s most exciting is that we still have thousands and thousands of species to study and research.

So before Mr. Spider spooks you off your tuffet, think about the advantages he brings to our future as healthy humans.

The next time you’re wondering how to get rid of a spider infestation, or researching bee removal services, we encourage you to carry out your plan with love and respect for the important species with whom we share our planet.

You never know which one of them might help you or a loved one someday.