Enjoying a Pest-Free Winter? Maybe not. 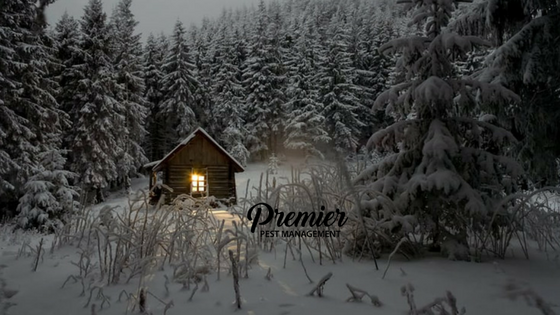 Finally when the temperature drops and the winter sets in, we get reprieve – but where do they all these bugs go?

In case you were every wondering what happens to these little pesky pests during the winter months, here’s the lowdown on how our favourite and (and not so favourite) creatures spend the rest of their year.

From monarch butterflies to leafhoppers and milkweed bugs, some insects escape to warmer climates. Can you blame them?

Similar to hibernation, many insects enter a stage called “diapause”, or deep sleep, relying on the length of sunlight as a cue to bed down.

Mosquitos: These common Canadian pests spend the chilly winters outdoors. Even though we don’t see them they are still here but remain dormant. Some lay winter eggs which lie dormant in the soil until the spring. Commonly the females lay eggs in later summer or fall that then hatch in the spring when the weather warms up and sufficient rain falls. Some mosquitoes can survive winter in the larval stage.

House flies: Flies live for a maximum of two months however, some flies manage to live until winter.The larvae grow and pupate to protect themselves in the winter. In the spring the pupate hatch into adults.

Wasps: In fall, most male wasps die. The male wasps are the workers of the species and before they die, impregnate the queens. The queens seek out refuge in warm places for winter. Long, cold winters are ideal for the queen’s survival because mild winters bring them out of hibernation early where they are at risk to starve to death. In the spring, queens build nests to lay eggs in and create new colonies.

Bees: As winter approaches, bees gather the central area of the hive and create a winter cluster. They remain in the cluster for the entire winter. During the cold months a bees only job is to protect the queen. Keeping her safe and warm is the only goal. Worker bees flutter their wings and shiver around the queen as the constant motion and continuous energy is how they keep the temperature warm inside the hive. Before they retreat for winter, bees stockpile honey to sustain themselves and have enough energy to continue shivering throughout the winter.

Makes sense – most people wish they could sleep through winter too!

Insects like snow fleas (springtails), moths and some beetles can reduce their water content or replace water molecules in their cells with glycerol, which acts as anti-freeze and protects them from the cold. Wow! How unfair – insects can shed their water weight without a problem!

Many insects such as ladybugs, cluster flies, stink bugs and boxelder bugs find a home away from home in attics and wall voids, where they cluster in large groups or masses.

The ones that join your family to cozy up in the attic or walls over the winter can easily be given an eviction notice from us!

Get in touch with us for your winter home inspection.